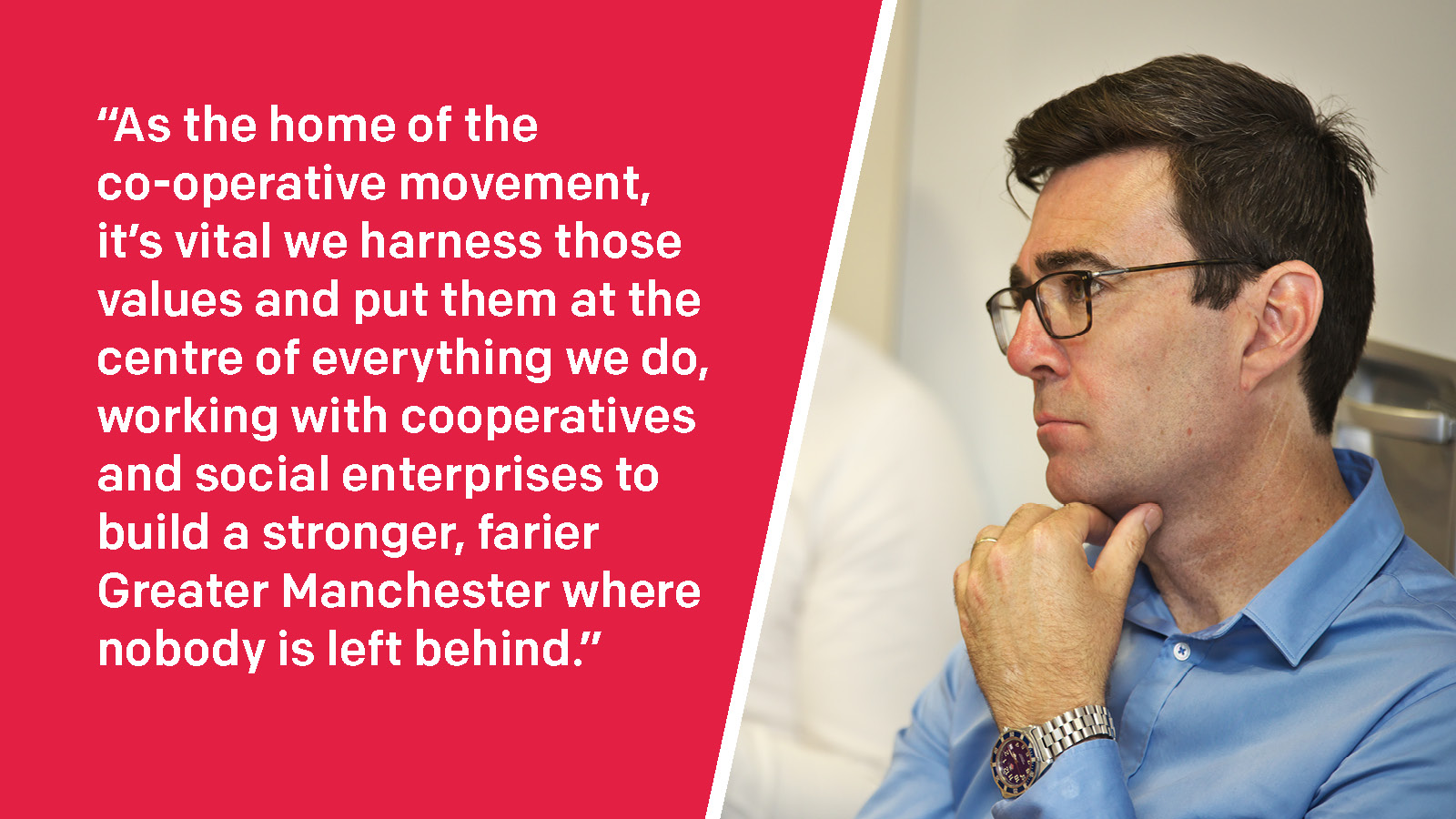 Mark Simmonds of Platform 6 recently gave evidence to the Greater Manchester Co-operative Commission as they considered co-operative business development as one of their key themes.

The Commissioners sit as an independent panel, and will make policy recommendations to ensure that the GMCA is drawing on the benefits that co-operatives can bring to our city-region.

The notes below are the supplementary notes to the verbal and visual presentation to the commission on 19th July 2019.

1. The current co-operative development landscape in Greater Manchester - who is delivering what to whom and how is it resourced?

These notes have been compiled in consultation with development advisors working in the Greater Manchester area, from Co-op Culture, Platform 6 Development Co-operative, Co-operative and Mutual Solutions and Adrian Ashton Associates.

There are currently 4 main organisations recognised by Co-operatives UK as Co-operative Development Bodies (CDBs), who operate in the Greater Manchester area:

Seeds for Change and Rhizome Co-op both have members in Greater Manchester and deliver training in decision-making, group process and decentralised organising - all important aspects of co-op development, but hard to get resourced by the support programmes referenced below unless linked to growth.

In addition, there are several sector specific co-operative support organisations:

Rochdale Stronger Together - a nascent organisation taking a community wealth building approach and looking to boost the local economy of Rochdale through co-operatives and social enterprise. One to watch.

In practice the advisors above deliver to social enterprise and charities as well as co-operatives and deliver across the UK as well as in Greater Manchester. The principal routes through which we can do this are sector-funded programmes (former Co-operative Enterprise Hub, Hive etc). Although there is funding for business support via the LEP, they don't seem to recognise or prioritise co-operatives, so there are no opportunities to amplify the impact of the support infrastructure described in the following section.

Support organisations and support programmes that operate England or UK-wide.

These programmes are available to some GM co-operative projects and support would generally be delivered by one of the CDBs listed above, although CDBs from further afield may deliver where they have a sector specialism of an existing relationship with the project.

Those infrastructure programmes and organisations that may support co-operative development work are:

It is important to note that whilst the above looks to be a significant suite of possible support for development, we should bear in mind that these organisations/programmes may or may not be focussed on co-operative development and are also often competitive. Indeed Power to Change, probably the major player in terms of money and impact is the Power to Change Trust, with a focus on community business, which excludes co-operatives that have no local focus (two postcodes) or who fail to demonstrate community involvement and social impact. Another example would be the More than a Pub programme which would be unable to support a community to buy and run their local unless they could demonstrate more charitable outcomes.

Where there is no funding available to pay for advisor's time, we are faced with the choice of delivering a limited amount of support for free (a significant proportion of our work) or prioritising paid work in the wider VCSE sector.

It is also worth pointing out that even if not as co-op focussed as we might like, that a lot of these programmes look similar in the way that they operate (staged application, allocation of support from framework of screened advisors, ancillary funding for org. supported) because that is what works – any successful GM co-op development programme should have similar features.

2. What are the current barriers/challenges to co-operative development?

3. What are the opportunities (with a GM focus of course)?

Addressing the issues above and acknowledging particular interest in sectors such as housing, transport and digital, we would say that the opportunities for GMCA are:

In conclusion, we’d like to urge caution on two fronts, based on the experience of co-operative development workers everywhere:

In addition to the recommendations above, after listening to the deliberations of the commission, I'd like to make a couple of additional recommendations: